There was a classroom a long long time ago when there was no bickering over who sits next to who, it was treacherous to copy your neighbour and the current plague of migrating pens, pencils and photocopies was non existent. It was the golden dusk of the Thatchereich, it was 10% interest rates, the IRA, Black Wednesday, it was the age of Desks. 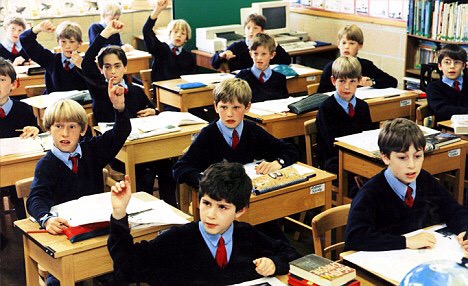 Rows of ordered wooden boxes contained the necessities of life, fountain pens, pencils and your text books, there was no need for separate cluttered boxes and plastic trays. The more sensitive and less dominant members of the class were inherently separated from the more wilful; and the socially awkward were not humiliated when no-one wanted to sit next to them. It was also easier to focus on your work when other pupils were not elbowing your writing hand and creasing your worksheets.

For the year that you had your desk you owned it, it was your responsibility and so was the area around it. You were praised and reprimanded for the state of your property. In the current faddish, open plan, “hot seating” world no single pupil is responsible for the tidiness of any single area. If you cannot be called to account for your untidiness or rewarded for your neatness then you are unlikely to try and keep anything ordered. For anyone who has lived with filthy housemates you will understand the situation, when one housemate doesn’t make the effort to clean up after themselves in shared areas of the house it just stays dirty. It’s the same dastardly principal that made the Soviet Union so polluted and why the EU’s common fisheries policy is not popular with fish. In many schools with majority shared space the teachers now seem to clean up after pupils, an unnecessary task that definitely does not teach children about the realities of life. 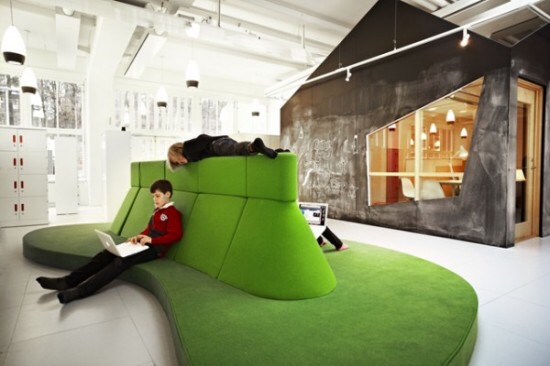 Ordered rows of desks benefited teacher access to pupils. While completing an exercise you would feel the silent gaze over your shoulder and perhaps the muttering of encouragement. With labyrinthine table arrays barring access to pupils it’s sometimes only when the books are handed back in that a teacher realises which pupils are struggling.

Although this could all be seen as moaning I should say that I am a great believer in the cyclical nature of things including education. Open plan classrooms were probably around before people realised the excellent noise cancelling properties of walls; Socrates probably got fairly fed up when swordplay was scheduled in close proximity to his Philosophy class. The Northern Europeans were struck by the idea of open plan schools in the 1970’s but over the next 30 years managed to see sense and brick in the gaps between classes. I’m fairly sure the current fads for hot desking, yoga balls and the overextended buzz of “collaborative working” will also revert at some point.

When the money is available where do the global elite want to send their kids? To the best schools for results and these are still overwhelmingly traditional, rigorously academic, competitive relics (desks or no desks).

I have seen the symptoms up close and personal and it’s not good. Once treatment begins you shouldn’t hope for the best, those who are infected cannot be cured quickly. It’s symptoms can include, nihilistic apathy, depression, rudeness, feelings of worthlessness, deceptive practises, introversion and recklessness. It can strike early in childhood and usually cannot ever be truly cured once caught.

Read More of this important warning

END_OF_DOCUMENT_TOKEN_TO_BE_REPLACED

Warren Buffett looks for excellent businesses where there are considerable barriers to entry, high returns on investment and excellent, honest management. This strategy has led him to become the most successful investor on the planet, compounding value over many decades for his shareholders.

What would Warren make of British tuition agencies? Would Berkshire make a bid for Bonas MacFarlane, Keystone, or even Bright Young Things?

I would haphazardly suggest that you are not going to see any one of those names pinned up in an office in Omaha, Nebraska any time soon. Over the last few years it has been clear that everyone and their Labrador has had the excellent idea of starting a tuition agency. I would guess that over half of agency owners have no relevant teaching experience and perhaps a quarter have come from a separate profession. How did this happen? To answer this question we have to think about what you need to start a tutoring agency and how innovative technology has made it so easy. Although I have never started my own agency I know many people who have, it is an asset light business, no heavy machinery is required to squeeze information into a thirteen year old boy’s head. The use of a laptop, mobile phone and access to tutors, clients and perhaps the use of the wonderful TUTORCRUNCHER software to automate all the boring maths is the bones of the business; some staff and an office outside of your bedroom can obviously come later.